I have a BIG secret for Isaiah. I'm taking him to Walt Disney World!

He knows he's going on vacation with me in June. He knows that we're not going to Disneyland because California isn't in my budget. He knows we're going somewhere where we have family. He thinks we're going to Seattle to see Shaun/Jenny and the kids.

I've been dropping small hints but he is oblivious. My goal is to keep it totally a secret until we walk out of the airplane terminal and he sees the "Disney Express" to take us to our hotel. I'm so excited.
Posted by Teresa - My New Normal at 12:50 PM 10 comments:

My little man is growing up so quickly! It's so hard to believe that he will be 11 in just a few months. Wow! Where has the time gone? He continues to impress us with how well he is doing in school (without ANY scheduled interventions - only on an "as needed" basis). Amy got his report card yesterday and he has an A (in science) and two Bs (math and language arts). Outstanding!

Anna has learned how to open the doors so everything on Isaiah's floor (or in his closet, dresser, etc.) is "fair game" as far as she is concerned. It's gotten to the point where Isaiah has had to put his fear of the basement (and being down there by himself) aside and ask Amy and Rex if he can move to the spare bedroom down there. So funny... "Dad! Something has got to be done! Anna won't stay out of my room and keeps messing with my things! Can I move downstairs?" What a surprise!

So, Amy and Rex are undertaking painting the bedroom and bathroom with "kid-friendly" colors that Isaiah picked out. Once that is complete, Amy will be adding the wall decorations that he's picked out (some from his current bedroom) and we're both planning on getting him some life-sized (or close) Star Wars décor. I'm not sure if I can find something I can afford (they're quite expensive) but I know that Amy will get him one.

The bathroom is blue but Amy added an orange accent wall since his bedroom is going to be orange and a light tan. Here are a couple of early pictures. 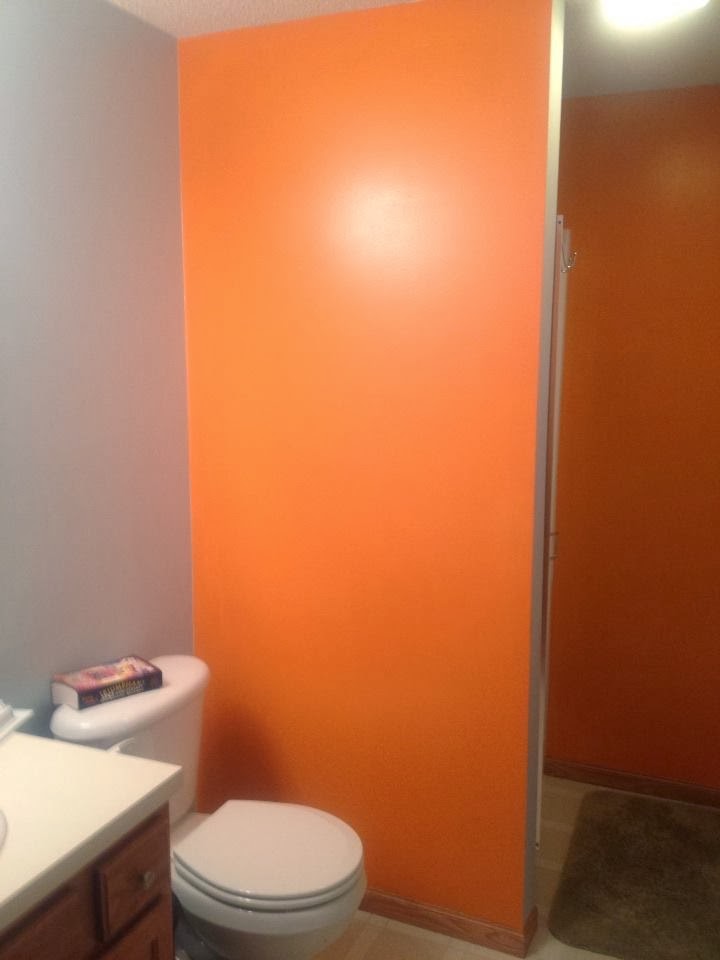 I took Isaiah out for a "date" last weekend. He loves shrimp and never gets to eat it. Amy and Rex are both allergic to fish (Rex is allergic to ALL fish; Amy just shellfish). I needed to run an errand and asked him if he'd like to have an afternoon out with just me. He was excited to get an opportunity to go eat shrimp. 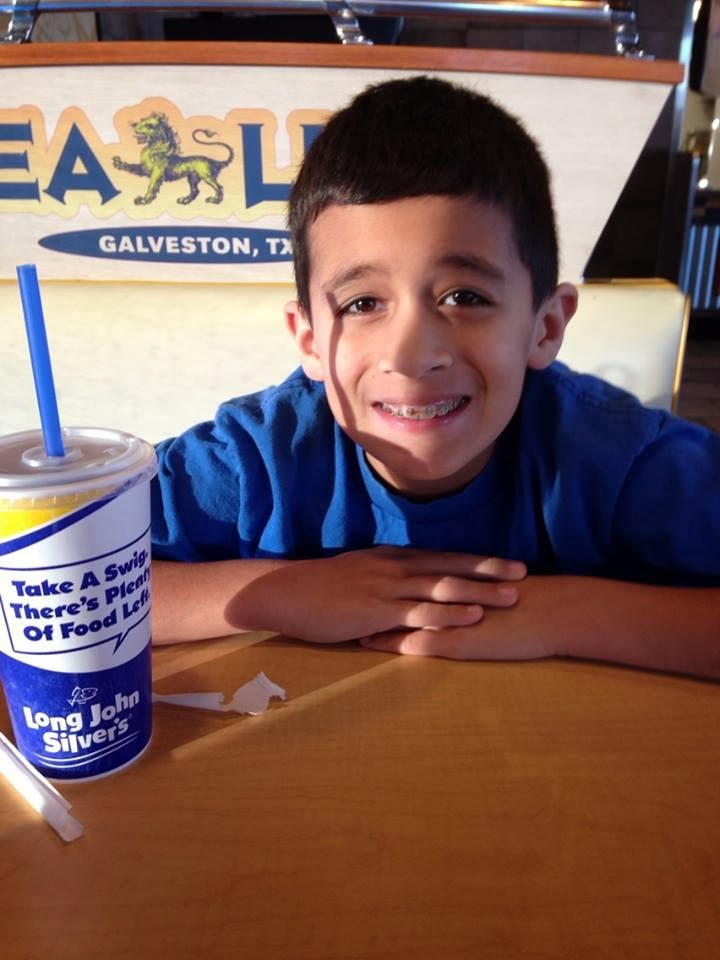 Once Isaiah's room is all finished, I'll post an update to show. I'm sure it will be super cute. After Isaiah gets moved downstairs, Amy and Rex are going to re-do his "old" room for Anna. It's bigger than her current room with a much bigger closet. What she currently has is OK for a toddler but she is rapidly outgrowing it (once you add in the bigger toys that are not "infant" toys).  I'll have to show it, too. Anna LOVES dinosaurs and wants them on her walls. She's a trip.

Speaking of Anna... she loves to say grace at the dinner table. "God is gweat, God is good, let us tank Him for our food. Amen." This is how it went the other day...

Anna:  God is gweat. {looking at Isaiah} Bow you head! God is gweat. {to Isaiah} Close you eyes!
Grandma:  Snicker, snort, cough, cry. (by now, I've got my head down in my shirt and I'm trying so hard to keep it contained.)
Anna:  What's wong wif gwamma?
Grandma:  Grandma is crying. Just say the prayer; I'll be fine.
Anna:  Behave! God is gweat...
Posted by Teresa - My New Normal at 9:22 AM 5 comments: