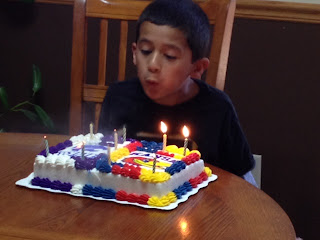 I haven't updated Isaiah's blog in quite some time. Isaiah has had his 9th birthday (where has time gone!), he's finished 2nd grade with flying colors (yay!), and turning into a fine young man. He's (mostly) a great big brother to Anna and she just adores him. He's also got a great sense of humor.

For example, Rex and Amy were having a "discussion" over something they had conflicting opinions on. Isaiah was playing in his room and heard them, so he went into the living room. He stood there and using his very expressive hands and facial expressions to help him talk, said "Ladies! Ladies! You're all beautiful!" Of course, that cracked everyone up.

Another time, Amy and Ron were discussing television programming and what was OK for him to watch. One show that Ron likes he turns off when Isaiah gets here. Amy doesn't let him watch it at home but she said he didn't necessarily need to change the channel because it was over Isaiah's head. Isaiah was sitting at the dining room table eating and he put his hands up over his head. As he was "feeling" around in the air space above his head he said, "No it's not. There's nothing above my head."

Of course, he has his moments when he's not the best brother and he's not the best kid. But those are pretty few and he's always great at out house. He spent the night with us Friday night and said when he's an adult he hopes we're still alive. LOL... He said if Grandpa died, he would be sad because he's his best buddy.

Yesterday, Amy and I took the kids to the local arboretum for pictures. They morning was beautiful and the pictures turned out great. Here are a few of my favorites. 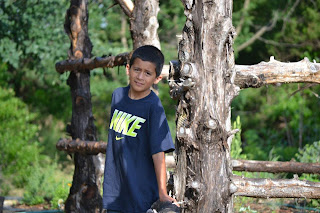 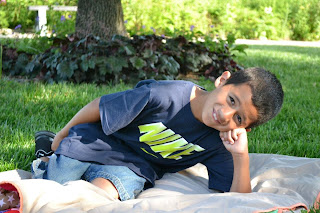 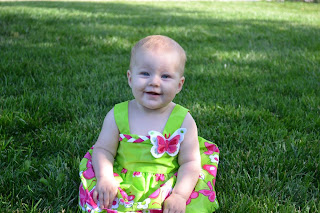 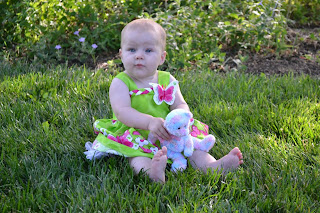 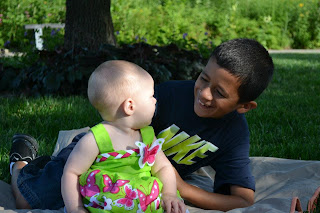